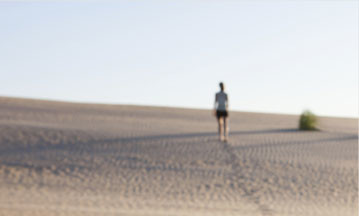 Posted at 20:35h in Be Transparent, From The Heart by anchorwave
0 Likes
Share

One of High5 Leadership’s core values is Transparency, hence the name of this blog. There are different definitions of the word transparent. Ours is very simple … what you see is what you get. Our promise to you is that we will be real and we will be true to ourselves. Personally, the only thing I have to give you is me. I’ve learned a few things that I’ve found helpful in my own life and my hope is that when I share those things that I will add value to your life.

Think about what it means to be transparent. It means you’ve got nothing to hide and people see you for who you really are. For a lot of people, the thought of that is really scary because they spend so much time pretending to be someone else. They don’t think they are good enough or that people won’t like them if they are real. I know because that was me.

What happens is we as humans build walls around our true selves thinking that if we protect ourselves we won’t be hurt or let down. Or that people will only see what we want them to see. It doesn’t always work out that way though. I’ve participated in and also facilitated a process where individuals, who had only known each other a short time, gave very specific feedback to each other. They were amazed to realize that they weren’t really hiding what they thought they were hiding. Those walls that we hide behind? They are transparent.

When I realized that it was like this giant weight was lifted off of my shoulders. First, I realized that everyone else had their own “stuff” that they were dealing with, that I’m not the only one. Second, if the walls are transparent there was certainly no reason to keep hiding behind them. I also figured out that the people that I want to hang around with are those that are real. The more transparent I became the more cool people I attracted into my life. That’s how it works.

Stop hiding and start living. Focus on real relationships that add value. That’s what living a High5 life is all about. Choosing to embrace all of you and then sharing the gift of you with others. That’s the person I want to hang out with!

How will you be more transparent today with those closest to you? Let me know what happens.

FREE Resources to Help You During This Time

Get immediate access to this 60-minute webinar on how to lead through the uncertainty we are experiencing.

During this webinar, you will learn five ways to SHOW UP in your world to keep you moving forward, leading powerfully through the fear and understanding what’s required of us as leaders.

Living Your Best Life Through a Crisis Resource Guide

Download this resource guide and get valuable tools for emotional support, maximizing your money, and job preparation.

In addition, you will get access to three videos covering each topic in depth.

Get the Resource Guide Now!

With just 10-15 minutes a day for only seven days you will have less stress and more joy in your life!

There is an underlying stress that we are all facing right now. With our 7-Day JoyRide Challenge you will begin to get relief from that heavy, stressful issue immediately with the tool we share on Day One.

With just 10-15 minutes a day for only seven days you will have less stress and more joy in your life!

Do you have a stressful situation that is sapping your JOY and enthusiasm?  With our FREE 7-Day JoyRide Challenge you will begin to get relief from that heavy, stressful issue immediately with the tool we share on Day One.